Alfred Pennyworth tries to profit off a war-torn London that threatens to be overrun by the fascist Raven Union.

Behind Raven Union lines, Martha Kane finds herself interrogating a Raven Society member at gunpoint who is trying to plead for his life. He tries to say that she has heart, but Martha says she does not. She manages to get the location out of the guy she was interrogating, but is forced to make a daring escape when the Union cops arrive and start shooting at her.

Through the use of a wartime propaganda film, it’s mentioned that one year later, the Raven society is now known as the Raven Union, which under the stewardship of Lord Harwood has supposedly “liberated” England.

In Langley, Virginia at the CIA Headquarters, Thomas Wayne briefs the CIA on the situation, and on the Raven’s opposition, the English League, a hodgepodge of anti-fascist groups ostensibly fronted by The Queen but in reality, it is really organized rather badly at that by the Prime Minister. Moreover, the Raven Union now controls 90% of the country, with the exception of London and some other key cities, but it is all but inevitable at this point that they will win. According to Thomas, who has been witness to the chaos that is quickly unfolding, when the Raven Union gains control of London,“It’ll make Arkham Asylum look like a country club,”. Due to the fact that the Raven Union winning is all but inevitable, the U.S. is choosing to not intervene. Instead, they will play nice with the Raven Union. As a result, Thomas is eventually told they want him to go back to England as a Station Chief. He is reminded that if he can’t get with the program as it is now, that this is the part where he can step down gracefully.

Meanwhile Alfred Pennyworth, along with his brothers in arms Bazza and Dave Boy are running a no-questions-asked lounge bar in Soho’s neutral zone, where the rules are strict — no politics and no guns. In addition, the money is decent, though it is being supplemented by odd extracurricular jobs, which are supplied by various people, among them Detective Inspector Aziz, now on the English League’s High Council.

Martha disapproves, thinking that Alfred is abandoning his principles, but he is doing all of this because he wants to accumulate enough cash to relocate him and his mother to America before the Raven Union’s eventual capture of London. As it turns out, by abducting one Colonel Salt for a hefty fee, this seems like a good way to expedite that plan and his subsequent departure from British soil.

Whereas Salt, has George Orwell captive and eventually shoves a chisel in his ear and incinerates the man in question. Later, Salt recognizes Alfred from the papers and claims his dad was a hero to him. Alfred seems glad to hand him over to Aziz, but he’s snatched right back not long after and quickly resumes work for the Raven Union as though nothing even happened.

Aziz is quickly on Alfred’s doorstep complaining about this since it implies a leak that potentially came from Alfred himself, though he vehemently denies it. Salt, it turns out, was a bigger fish than first implied, and Aziz is curious if he mentioned anything about a Project Stormcloud. Later, Alred ponders these details with Gulliver Troy, who swiped Salt away from Aziz at Alfred’s request in exchange for another hefty chunk of change.

Meanwhile, Bet Sykes, is now a captain working at a Raven Union detention centre, and repeatedly fails to get information out of a supposed subversive. Bet’s superior reckons he can get her to open up by raping her, citing party protocol as justification for doing so, and telling Bet to put the kettle on while he goes about it. She doesn’t exactly take kindly to that and brutally beats him to death with the metal teapot, before making off with the girl.

In the end, “Stormcloud” is hinted to be something that causes a great deal of blistering agony for the test subject. It is further revealed in this trial run of the weapon, that the casualties of Stormcloud must look as though they died peacefully. 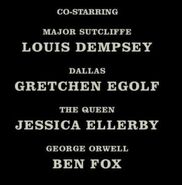 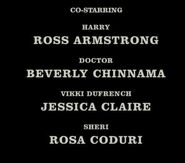 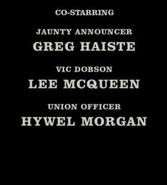 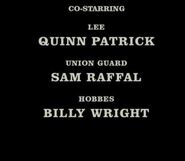 Retrieved from "https://pennyworth.fandom.com/wiki/The_Heavy_Crown?oldid=1622"
Community content is available under CC-BY-SA unless otherwise noted.